In this episode of “Let’s Talk Farm to Fork”, we’re joined by Yuki Hanyu from IntegriCulture, who we will be talking to about how their cellular agriculture platform is developing sustainable protein in the form of cell-cultured meat products.

[00:00:00] Mitchell Denton: Hi there and welcome to let’s talk, farm to fork, the post harvest podcast that interviews people of interest across the food supply chain. Today on our show, I’m joined by Yuki Hanyu from IntegriCulture, who I’ll be talking to about how their cellular agriculture platform is developing sustainable protein in the form of cell-cultured meat products.

So with no further delays, let’s get started.

Well, hello, Yuki. Thanks for joining me on the podcast today. How are you?

[00:00:28] Mitchell Denton: Good, good, good. Before we get into it, I just wanted to give you the opportunity to tell us a little bit about yourself and what you do, and maybe a little fun fact about yourself.

Which is also a spinoff from the Shojinmeat Project, which is a citizen science community that makes open source DIY cell-cultured meat.

So, IntegriCulture, as well as another in the non-profit organisation, Cellular Agriculture Institute of the Commons, they have a common root in the Shojinmeat Project and both inherit the vision and spirit of openly accessible democratised, cellular agriculture.

[00:01:08] Mitchell Denton: Okay. I’m looking forward to hearing more. On that note, let’s talk farm to fork. So continuing on from you telling us what you do, would you mind telling us a little bit more about the history of IntegriCulture?

[00:01:21] Yuki Hanyu: So, um, it dates all the way back to that time of Shojinmeat Project. I first got interested in cell-cultured meat when I was small because it’s pretty much a ubiquitous gadget appearing in various works of science fiction related to anime or video game or in the movies.

So I basically, I was aware of the idea. And, basically I wanted to do some sci-fi with my life and that’s how I got into science and moved toward applied science then actually did some science and technology within a job. And then it was 2014, I thought about, “Okay, time to get serious.”

And I chose the best sci-fi topic of that time and cell-cultured meat appeared as that.

So, that’s where I found it, the Shojinmeat project, because I needed to start somewhere. Obviously, I didn’t have any like money or connection or the actual technology.

But as I talk about cell agriculture and cell-cultured meat, and the people who think like me basically gathered, and we started doing experiments at home and everywhere.

So, that’s when the basic concept for core culturing cells which make external growth factors, unnecessary and should make everything super cheap.

Yeah. So, that’s how we were working on open source, DIY cultured meat. Then after that we also uh, knew that we should have some business segment within this entire cellular agriculture ecosystem and IntegriCulture company basically spun off to take that part, based on the supercheap cell culture / core culture technology.

[00:03:17] Mitchell Denton: Wow. It sounds like it’s been quite the journey so far. Would you mind explaining the process of developing meat products in labs and how this will be a more sustainable production method for the meat industry?

[00:03:29] Yuki Hanyu: So, the process of making cell-cultured meat, you start with taking a few cells from the original animal. Uh, you don’t have to kill the animal there, and put the cells in the culture medium, which contains like, sugar, vitamins and other nutrients.

As well as some micronutrients, so called, growth factors that basically tells the cells to multiply or differentiate or do something.

And if you place the cells in those cultured medium containing all these things, cells start multiplying, and that multiplication happens in exponential manner.

But depending on the cells, you basically get pretty much infinite number of cells. Its actually not infinite, but, there’s a realistic limit to that, it can’t be more than the mass, the Earth itself, but yeah, you can multiply to that sort of large enough number and that, basically animal protein that we can eat.

[00:04:20] Yuki Hanyu: So the cells produced could be turned into like a steak although we don’t have that technology yet, steak or some squeezed mass of meat nugget or mixed with plant-based fibre or something to make, make something so, full consumption.

[00:04:35] Mitchell Denton: Wow. That really is very sci-fi. It’s very cool. What would you say is the biggest challenge your team have encountered so far with developing your meat products?

[00:04:48] Yuki Hanyu: But we have been making good progress with the technology and compared to that, what’s becoming more of a problem is like those non-scientific stuff like organisational or regulatory and those things specific to like human species no physics, chemistry or biology.

[00:05:04] Mitchell Denton: Yeah, I’d imagine there’d be quite a bit of red tape around developing meat products from the cells themselves. So with that in mind, what has been the biggest surprise while working in food science?

[00:05:34] Mitchell Denton: Okay. So from where you stand, what would you identify as being one of the biggest pain points or blind spots in the food industry?

[00:05:53] Mitchell Denton: Hmm. What practical measures do you think could combat this?

[00:05:57] Yuki Hanyu: Practical measures. I think, um, whether we like it or not, the price just goes up if it has got environmental cost added to it. So it could appear in the form of carbon tax in a quite artificial manner.

But what’s more likely to happen, and no one would like to see that happening, but climate change and all those things, they’re forcing the prices going up.

[00:06:21] Mitchell Denton: Yeah. Yeah. So, has the COVID pandemic had any effect on IntegriCulture’s day-to-day operations?

[00:06:29] Yuki Hanyu: Not quite day-to-day, but all the supply chain disruptions have seriously delayed the equipment delivery and stuff. So it’s more on the capital expenditure side rather than the daily operation side. But yes, we did have effect on that.

[00:06:44] Mitchell Denton: Yeah. Yeah. So what would you say is the biggest area your team are most curious about? Where is the most research and time going at the moment?

[00:06:54] Yuki Hanyu: So, since we have already worked out the culture medium growth factor issue, our effort is more in scaling because this is a bit tricky part because the bigger bioreactors are out there and we can just buy it, but we know that it’s inherently, excessively expensive. So we have to come up with a newly designed bioreactor, which hasn’t been tried before.

[00:07:16] Mitchell Denton: Yeah. Wow. I mean, designing your own bioreactor would be quite an undertaking. On, on the back end of that. Is there a particular group or innovation within the industry that you’re excitedly keeping a watchful eye on?

[00:07:28] Yuki Hanyu: The development I’m feeling most excited is in the bioreactor design side actually. Bioreactor design does not mean just how it looks like from the outside, but what stuff to put in inside as well. Like, if you see, even if it’s the same hardware, the stainless tank, inside, we could have some scaffold or a new design.

It could be hollow fibre membrane or something. Those developments that increase the cell density as well as anything that makes cell culture inexpensive, are quite exciting developments.

[00:08:01] Mitchell Denton: Yeah. Okay. So what’s one thing you wish you knew when you began your career in developing cell-cultured products?

[00:08:09] Yuki Hanyu: Uh, yeah. Initially what I was thinking was, like, cell-cultured meat technology being developed in DIY manner in a distributed manner, outside corporate world or even outside university.

So it was very, very, I would say counter-culture, anti-establishment sort of mindset. Um, but that’s how we, how we started, but at some point we had to face the reality of like, fundraise and those things.

So, we basically, decided to do, uh, spin-off things from there. So Shojinmeat project will keep on taking the like anti-establishment, counter-culture spirit and think freely.

But, meanwhile IntegriCulture company builds the physical infrastructure to enable Cell Agriculture Institute of the common state, the policy and rule making part.

[00:08:58] Mitchell Denton: Mm, yeah wow. So Yuki, we’re coming to a close, but before we do, I just wanted to ask, what is the number one takeaway you really want the listeners to absorb from this episode?

[00:09:09] Yuki Hanyu: Um, you may see these cell agriculture startups trying to develop sustainable cell cultured meat but you may feel that they keep all the technology by themselves or so, although I may be wrong, but in our case we are open about the technology.

So, if anyone wants to make cell-cultured meat, whether big or small, please give us a call. And you will yourself become a cell agriculture farmer.

[00:09:32] Mitchell Denton: Definitely. I’m excited to see what lays ahead for IntegriCulture. Well, that’s all for today’s episode of “Let’s Talk Farm to Fork”.

Thanks for listening. And thank you Yuki for joining me today.

If you’d like to know more about Yuki and IntegriCulture, check out the length and description of the episode.

Make sure to subscribe to the podcast so that you never miss an episode, and don’t forget to leave a review and share with your friends.

Until next time you’ve been listening to “Let’s Talk Farm to Fork”, a PostHarvest podcast. 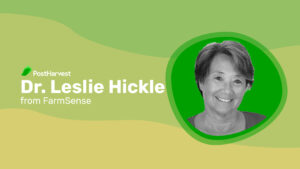 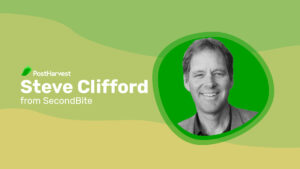 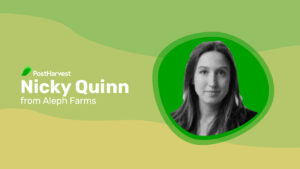 Does Technology within the Cold Chain Threaten Jobs?